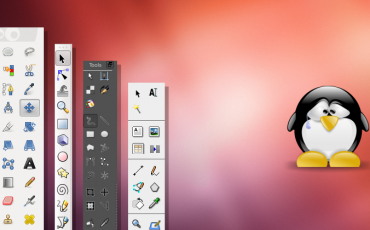 Starting this post is more painful than I was expecting. I don’t want this to be the usual rant against Linux, or another random list of things that we already know, from a user that doesn’t know anything. I mean, I don’t consider myself an expert, but I spent multiple years working on multiple platforms, and today I have pretty much a clear idea of how things work and what’s the best for me.

With this premise in mind, lot ofÂ regrets, and a bitter taste in my mouth, I finally realized that Linux is not ready, and probably never will.

Please don’t hate me and read my story

So, I started using Linux in the late 2007, I never used before MacOS and I spent pretty much my entire life on Windows. With the upgrade to Windows Vista, my old laptop was cursing me everyday and even the easiest task was painful to perform. I didn’t have money to buy a new one, and was at that time that I found for the first time Ubuntu. This new, free and completely different Operating System was lightening fast, super customizable and fully compatible with my old crappy Laptop.

During these years I switched multiple Linux OS, multiple DE, and tested I don’t know how many softwares and derivations. I also coded and forked a bunch by myself, trying to achieve what I wanted/needed, and trying to contribute as much as possible to the community.

After all these years of experience, I can honestly say that even if Linux is amazing, it’s not ready for the masses and it never will, probably.

All the common issues that you probably already know, like lack of decent softwares, stability and fragmentation of the derivations, are contributing in preventing Linux to be considered a decent alternative.

Linux is heaven for a developer, but hell for the average user.

If we want Linux to be more prominent in the market (and I want that every day!!!), we should rethink its UI, and especially the entire plethora of free softwares out there, with terrible, terrible UI.

I really appreciate what Ubuntu, Elementary OS and others are doing, trying to create a more strict UI and guidelines for applications and Open Source softwares, but it’s kinda impossible to manage all the developers into an Open community. The open nature of Linux it’s one of the reasons why it’s failing. Since 2010, every year we heard the sentence “This is the yearÂ of Linux”, and guess what? I’m still freaking waiting that year.

Gimp sucks, Inkscape is solid but looks gross and it’s visually un-appealing, all the Video editors are a joke and the majority of other softwares come with a ridiculous and childish interface, that it’s just frustrating to use.

Why can’t we have nice things?

Don’t get me wrong, I love Linux and I would like to use it everyday, at work and home, but in reality I use it only to perform encoding tasks, update Git repos, configure and test development environments and format external hard drives.

I can’t use Linux to do Video Editing and Design!

I know I could, and I tried, multiple times. I used Blender for years as a video editor, I used a mixture of Gimp, Inkscape, Krita, MyPaint, Alchemy, and so on to achieve what I can do in Photoshop in a third of the time, and I tried so hard to produce some original music with ArduorÂ andÂ Audacity.

I produced something decent, not amazing, only decent, but it was so painful and long, that thinking of having that workflow everyday it’s just a suicide.

As a professional designer and developer, I need an OS and Softwares that let me do my work, without worrying of crashes, recompiling, or installing those damn libraries via terminal. Who’s the average user willing to do that pretty much everyday?

Honestly, I’m stuck with a Macintosh because it’s solid as hell. I open Sketch or Affinity Designer, and I get shit done in 5 minutes. I tried to do the same in Gimp and, after spending half a day trying to change the icon theme because, oh my God those icons are from 1998, I ended up going back on my mac because it was impossible to import Vector forms inside it, managing folders and subfolders with multiple layers and masks, or even changing a Font without sacrificing a pigmy goat to Satan, in order to avoid a crash.

An amazing piece of software, with a terrible User Interface, it’s just a terrible Software.

We should start considering Open Source and Free two different and separated things. I know that they’re actually two separated things, but most people don’t know and pretend Open Source to be also free. I’m willing to pay and buy a product if it’s good and can improve my life/work. So why can’t we have paid product that works on Linux?

I bet that with theseÂ money Gimp can turn into a mind blowing innovative software that everyone wants to use.Â Why we can’t have a minimum $5 donation in order to download or install a Linux Distro? Why Open Source developers have to struggle of working part time and releasing a new version once every 4 years, because they don’t have funds?

With respect,
a Linux lover. 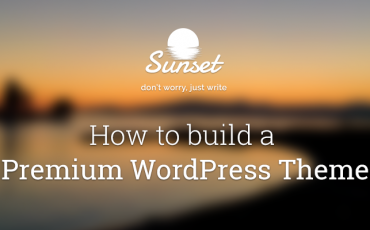 How to build a Premium Theme for WordPress
Wacom Cintiq 13HD Review: 5 Things that leave me kind of..meh!