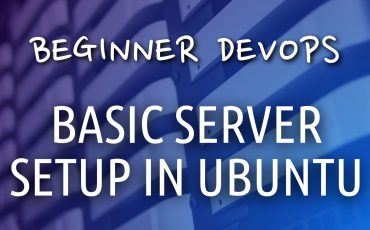 Creating a series of Tutorials for Beginners DevOps is not easy, the topic is broad, confusing, technically challenging, and a bit over my head. That’s why I decided to do it!

This series comes from the necessity of having a reliable source for all those little actions you, as a developer, will need to do sooner or later throughout your career. This series will not be by any stretch of the term a complete series that covers every aspect of DevOps, but it’s more of a basic and simple introduction for developers who never did something like that, and they want to start tinkering with a server without breaking it every 5 seconds…yes…I did that…a lot…

But what the hell is DevOps?

That’s a really good question which opens up a massively broad explanation which already bores me to death so I’m gonna summarize it and probably I’m gonna be wrong but who cares.

The DevOps is that mystical creature who takes care of the infrastructure of a company, manages the hardware, and gets blamed every time the SSL certificate expires.

A DevOps uses software operations to manage the development process and control the hardware. That’s it, a pretty simplistic explanation that 99% of the users with a DevOps title will find inaccurate and offensive, but let’s go with that.

Learning how to become a DevOps is hard, takes a lot of time, confidence, and an extra layer of nerdiness that needs time to grow and mature. You need to be bold and a bit reckless to start managing a server without knowing what to do, but that’s the beauty of it.

That’s why I decided to do this series, a simple and short introduction to the most common aspects of DevOps, like how to set up your first Ubuntu VPS, how to install Nginx and VPS, what’s an SSH key and why you should add it to your user, how to create CRON jobs, and all these other buzzwords that don’t make sense.

The series is currently ongoing, and if you think I should tackle something specific, feel free to leave a comment here and I’ll add it to the list of videos. Meanwhile, if you’re an old shoe like me who likes to read, there are a couple of great books you can find on Amazon.

The first one is from the always amazing and constantly updated O’Reilly, and it’s called Effective DevOps. It’s pretty broad and tackles a lot more than simple technical info. It will give you an overview of the culture and the philosophy of DevOps if you’re into that sort of things.

The second recommendation is called The DevOps Handbook, and it’s a bit more grounded, including real-life examples, technical approaches, and collected data.

For everything else, the playlist is embedded here, have fun, learn some nerdy stuff, and let me know what you think. 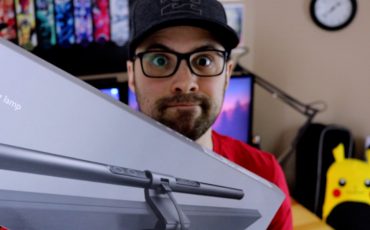 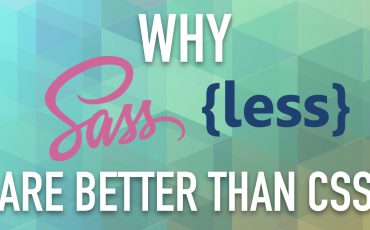 Why you should use a CSS Preprocessor!