..or at least this should be one of the main reason. The others are less obvious and more technical, and I really suggest you to keep reading if you’re still not convinced.

Before digging into it a bit of story about Brackets

Brackets is an Open Source code editor specifically built for web designers and front-end developers by Adobe. It’s released under the MIT License and the source code is hosted on GitHub. And that’s already super cool.

I started using Brackets duringÂ the release of the versionÂ 0.23 Spring, and it was….ok…sort of. It was really basic with just a bunch of features, kinda glitchy and with a really minimal interface. At that time I was using mostly Dreamweaver, so I was expecting from Brackets all the things that I used to have, like a built-in FTP, Database integration, snippets, pre-made code, project manager andÂ whatever. I was intrigued but not impressed and I put it aside, waiting for him to grow: and I was right.

Currently at the release 0.44 Brackets is my default code editor, and I use it both for personally and professionally. What did change my mind? There you go!

Thinking about Open Source is thinking about bugs, unfinished features and slow updates…mostly, but not with Brackets. This software is stable, surprisingly light and totally reliable during heavy workflow. Sometimes of course a crash or a freeze happens, but relaunching the program will reopen all your files, keeping also the unsaved changes. Another really nice feature is the ability to refresh the entire application, just hitting CTRL+R (CMD+R) will refresh Brackets like a web page, solving sometimes weird sketchy slowdowns.

Built with the same code you build your stuff

Did I mention that Brackets is built with HTML, CSS, and JAVASCRIPT? No? Well it’s freaking true! No weird Object Oriented scripts or closed proprietary languages that just the name will let you think ofÂ some sort of mopping apparel, this Application is entirely based on code that you know and you use everyday. How cool is that?

Maybe Brackets is not one of the most complete App with a lots of built-in features, but with a bunch of extensions you can expand it and tailor it for your needs. FTP sync, Git integration, Themes and QuickDocs are just few of the super cool extensions you can install for free inside Brackets. Also the extensions are based onÂ HTML, CSS, and JAVASCRIPT, so if you wanna have some fun you can easily create your own extension to power up your code editor.

Currently the Brackets has 14,968 commits,Â 131 branchesÂ andÂ 240 contributors, and these numbers are growing every day. DevelopersÂ are savvy and demanding, usersÂ are excited on every release and every day new features are added to the always evolving roadmap. This is a young-ish project that is growing really fast and and gaining a lot of deserved attention.

Are you still not convinced? Well, even if you don’t want to change your current workflow, at least I strongly suggest you to give it a try. Also let me know if you feel the same as I do for this editor or you still can’t live without your favourite application and why.

And now, there comes the links:

Thank you for reading, talk soon….hey, did I mention that is free??? 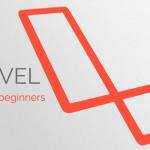 Laravel for beginners: 5 things to do after installing laravel 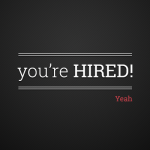 How I got hired thanks to my blog